Strategies to Try While Golfing This Week

Tired of going to the course and being frustrated by the same results? Let’s mix it up with a few challenges to help you have more fun and learn something about your game.

Recently, coach Will Robins was on the Golf Science Lab podcast and shared three strategies you can go test this week.

Day 1: Minimize the Blow Up Holes 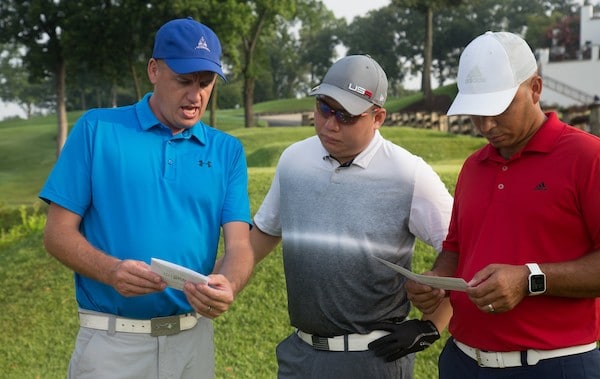 We have to stop watching golf on a Sunday and thinking that all professional golfers make birdies, and that’s what we need to do as well.

Really what it’s all about is keeping the big numbers off of the score card. Just plain and simple.

The fact is that if you can get rid of the big numbers, then it’s not that hard to keep on making pars + bogeys and keeping yourself around the scores you want to shoot.

I think that most of us have been programmed to say, “par four, par five… driver.” We grab a driver and don’t think about, “Okay, how has the driver been going that day?” or “How tight is this hole?” or “Where’s the trouble?”

We just assume that because it’s a long hole, we need to go out there and hit driver.

The number one rule is to keep the ball in play at all costs.

If your driver is your straightest club, hit it. But if you can’t, if you’re worried about keeping the ball in play with that club, I’d prefer to be 200 yards out then taking three off the tee.

Some people might think of Mark Broadie’s research that says to get the ball as close to the green as possible on every hole. I was able to ask Mark this exact question.

He said, “No, you have to get the ball as close as you can safely to the green without losing your golf ball or getting a penalty.”

It’s learning how to play the game of golf strategically and choosing a practical approach that fits your ability.

Golf for 18 holes and see if you can just keep it in play the entire time, no matter what.

That means no chipping out sideways and no penalty shots. Make a challenge out of it. Then do it for 72 holes.

Day 2: Track This One Stat – Proximity 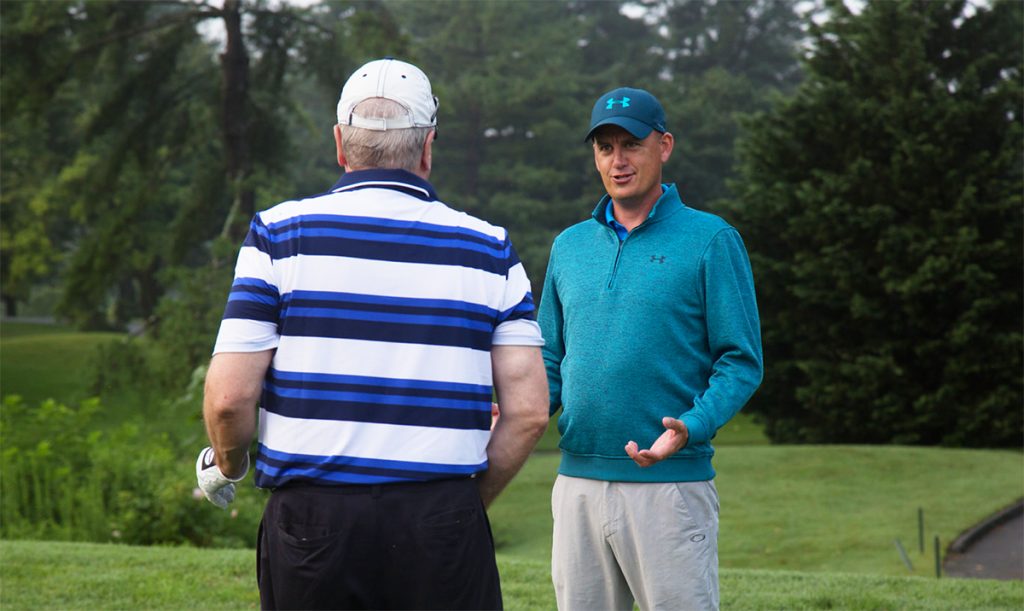 Once you look at the length of your first putt, you get clarity about the scores you are shooting.

The next question needs to be, “What was the length of your first putt?”

If the answer is 60, 70, 80 feet, the problem isn’t your putting! No one can two-putt every time from those distances.

You’re most likely struggling with your chipping and pitching, not being able to get the ball close enough to the hole on one or two putts.

When you’re 150 yards away from the green – even as a single digit golfer – if you’re 30 to 40 feet from the hole, you actually hit a fantastic shot. But if you are 25 yards off of the green, and you chip it to 12 to 15 feet, you’ve just shot yourself in the foot because the likelihood of making that putt is low.

We’ve all walked in and said, “I would have had a great score if I wouldn’t have putted so badly today.” This is an attempt to bring clarity to that statement that we’ve all said. It’s debunking that myth.

My belief is that you have the potential inside you, but you may not have the patience or the understanding.

Here’s the problem: you rarely see these breakthroughs because most people’s technique is actually much better than it needs to be; however, their ability to put the ball in the hole – to play the game – is very, very weak.

They scratch the surface a bit, rather than dive into it and realize, “Okay, I’ve got to keep the ball in play,” and the next thing you know, no more double bogeys, proximity, no more three-putts. “Wow, I just broke 80 for the first time; I haven’t been to a range in a week.”

If you’re consistently frustrated with your golf game, maybe it’s time to try something different. Don’t go to the range, don’t go to another swing lesson, don’t go and buy another driver. What the best golfers and statisticians are doing around the world is to improve their game.

Play 9 or 18 holes, and on each hole, score your putts. Note the length of your first putt.

At the end of the round, total them. Then divide by how many times you were in that zone to determine your average distance from the hole when you’re chipping, pitching, and wedging. 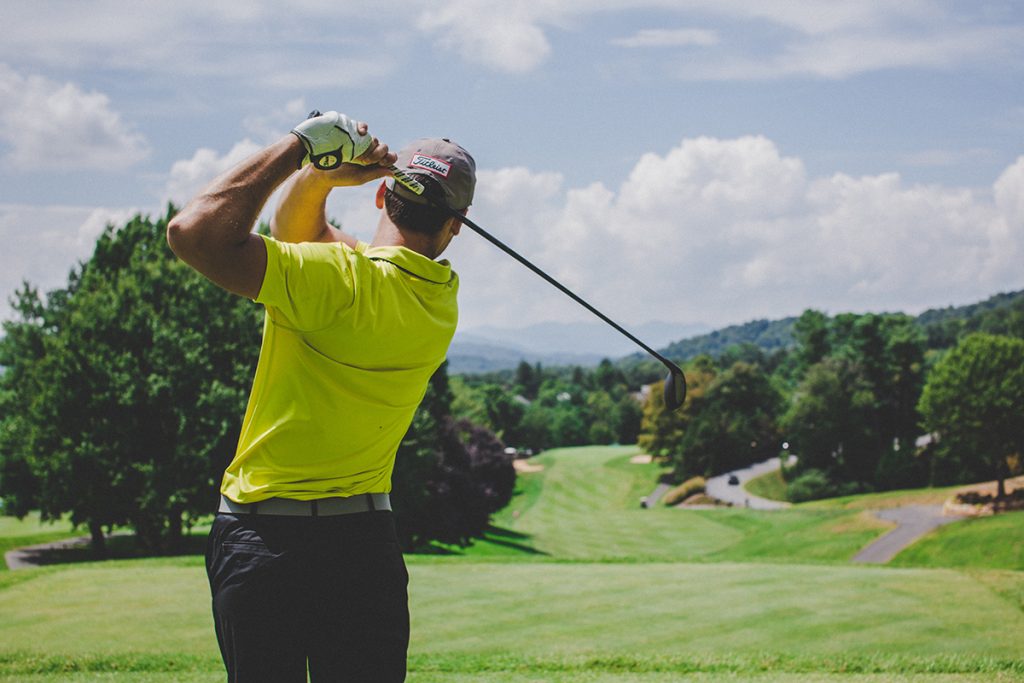 We all need to get better at accessing the skill that we already have.

What I tend to see is that our thoughts lead to emotions. If you’re a better player, you are very loose at, one, two, or three over par. But you start to tighten up when you get one or two under.

As you start to tighten up, you also think a little bit more. Those thoughts (usually) lead to some anxiety. That anxiety leads to struggling to commit to the shots, and that leads to a bad shot. So often, I’ll hear a player say it was a “swing” or technique problem that led to the bad shot.

But was it a technique problem, or was it a commitment problem?

What I see from most good players is that they’re not getting fully committed on a golf shot. That’s why they struggle to hit the shot they desire, not because their technique is wrong.

At the end of every shot, note and track your level of commitment to the shot.

Did you visualize it? Did you actually see it’s, say, a nine iron off of the left edge of the green, 145 yards, and it’s a soft cut?

Too often, we doubt the decision we’ve made – “maybe it’s an 8 or a 9 iron.” We have a rehearsal swing, try to decide if this is a draw or fade, then we rush the shot, duck hook it into the water, and think we have a technique problem.

Start tracking that for every shot for a round of golf, and see your scores on a 1-10 scale. 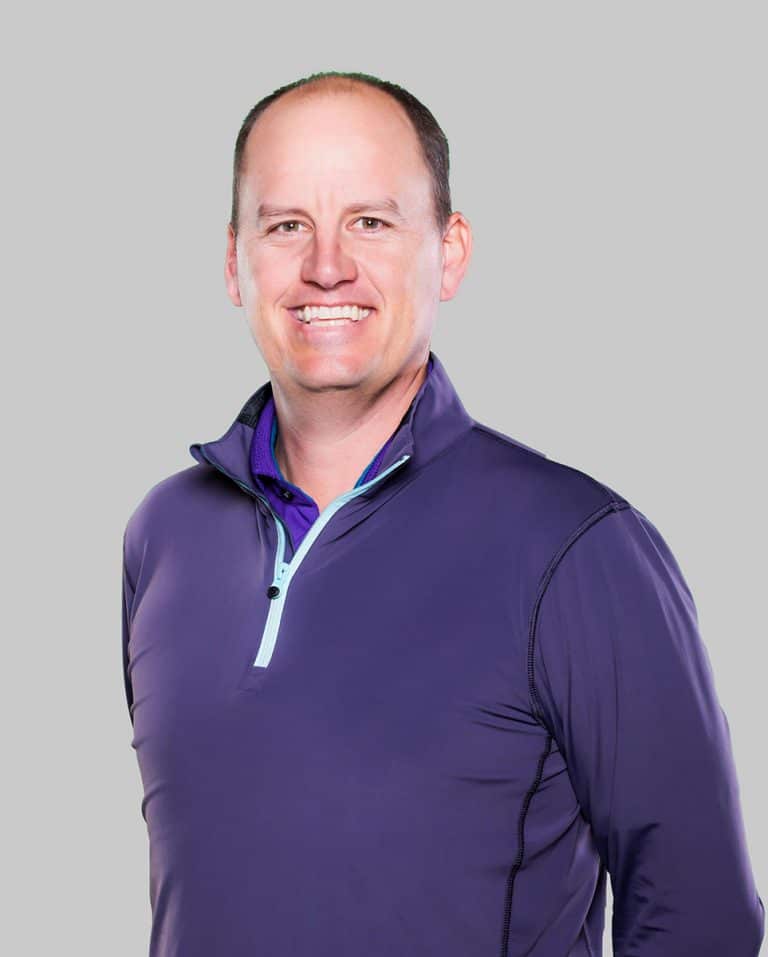 About Will Robins and the Scoring Method

When Will Robins began teaching in 2008, most of his students were asking for him to fix their swing so they could hit the ball farther. But he knew that wasn’t what they really wanted. What they really wanted was to shoot lower scores! This was the start of the Scoring Method.

The results were phenomenal! His players dropped an average of 11 strokes in 10 weeks. And now, there is more than a decade of proof this system works.

As most pros know, the key to scoring well isn’t hitting the long ball. It’s learning the real game of golf with one simple idea: get the ball in the hole in less tries than the other players.

© The Scoring Method 2021. All Rights Reserved.